Hawaii Five-O: 1969 US 12-track vinyl LP, Mort Stevens And His Orchestra’s score to the classic detective TV show starring Jack Lord, hype-stickered pasted picture sleeve. This copy was the property of Pearl Harbour Naval Base library and bears its stamp to the reverse and also sticker to the label; you can’t get more Hawaiian than a copy that spent its life in Honolulu’s historic deep water base! The sleeve has a seam split to the bottom, typical of US sleeve design and shows just a little light wear, whilst the vinyl is Excellent with just a few light signs of play. Book ’em Danno!

The King & I: Early 60s UK issue of the 1956 14-track mono LP on the rainbow rim Capitol label, featuring Rodgers & Hammerstein’s music from the soundtrack to the classic film, front laminated flipback picture sleeve. The sleeve ihas some discolouring to the unlaminated back & the vinyl is Excellent with very little play

thanks to the BBC Former Sonic Youth frontwoman Kim Gordon has shared the first track released under her own name, Murdered Out – a collaboration with producer Justin Raisen (Santigold, Charli XCX) which features Warpaint’s Stella Mozgawa on drums. Posting the […]

51 years ago today, The Beatles seventh studio album, Revolver, started a seven week run at the top of the UK charts. It spent total of 34 weeks in the charts, and hit number one […] 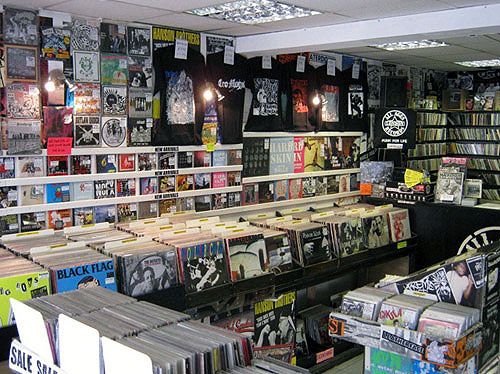