David Bowie‘s mid-Eighties career will be explored in the new box set Loving the Alien (1983-1988), a massive collection that gathers the late icon’s albums, live LPs and more from the era.

The 11-CD or 15-LP Loving the Alien, due out October 12th, features three Bowie studio albums – 1983’s Let’s Dance, 1984’s Tonight and 1987’s Never Let Me Down – alongside a pair of first-time-on-vinyl live albums – Serious Moonlight (Live ’83) and Glass Spider (Live Montreal ’87) – and the newly assembled compilation Dance, which collects 12 contemporaneous remixes from the era.

Also exclusive to the box set is a 2018 reworking of Never Let Me Down with new production and instrumentation overseen by Bowie producer/engineer Mario McNulty. Longtime Bowie collaborators including guitarist Reeves Gabriel and drummer Sterling Campbell, Blackstar bassist Tim Lefebvre and composer Nico Muhly also contributed to the project, which was born out of Bowie’s desire to rerecord the 1987 LP that he called “a bitter disappointment.“

“The seeds of this new reimagining of the albums were first sown in 2008 when Bowie asked McNulty to remix the track ‘Time Will Crawl’ and record new drums by longtime Bowie drummer Sterling Campbell along with strings,’ Parlaphone wrote of Never Let Me Down (2018). “The track was issued on the iSelect compilation to much acclaim and, in the notes for that record, David remarked ‘Oh, to redo the rest of that album.’”

Like previous Bowie retrospective box sets like Five Years (1969-1973), Who Can I Be Now? (1974-1976) and A New Career In A New Town (1977-1982), Loving the Alien is capped off by a new compilation titled Re:Call 4 that hosts single versions, remixes and vinyl edits from the era. Bowie’s contributions to the soundtracks for Labyrinth, The Falcon And The Snowman, Absolute Beginners and When the Wind Blows also highlight Re:Call 4.

This Ultra Minimalist Turntable Wants To Show You Its Inner Workings

When you strip away all the fancy bits, here’s what’s left. It might look like a wooden chopping board, some plastic and a piece of string but this is actually a stripped down turntable. With […]

From Pitchfork Also: a book of never-before-seen photos, mystery art prints, enamel pins Today marks the 10-year anniversary of The White Stripes releasing their album Icky Thump, and the band are celebrating with a new […]

Every era of music has its traits, tropes, and fashion that helps definite it, and the ‘90s were no exception. The grunge, hip hop, dance, pop, indie and alternative scenes all had their own unique […] 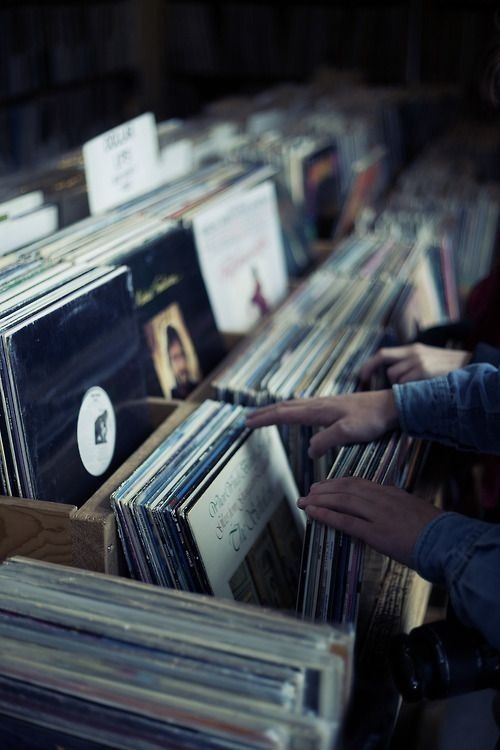