The ‘80s were filled with post-punk and gothic rock bands, generally catering to a niche market. While several acts crossed over into mainstream pop, some were destined to stay unknown, garnering little more than cult status. With that, some records that were not known to the masses descended into underground lore and became collector’s items over time.

One such act was French synth band, Asylum Party. They gained notoriety as part of the burgeoning cold wave scene alongside Little Nemo and Mary Goes Round, and it was with their second album, Borderline, that they truly hit their creative peak. The 8 tracks drew heavily from the British darkwave movement, while adding extra layers of synths and textures to give it the cold and icy feel that the scene was developing.

Sadly, by the time Borderline was released in 1989, the scene had started to move on, spearheaded by The Cure becoming a bona fide pop band, and Asylum Party were unable to capitalise on what was once a fertile genre. The record itself was pressed in a very limited quantity by French indie label, Lively Art, and is now incredibly hard to track down. Copies in the wild were either played to death by those that adored Asylum Party, or hidden away as prized possessions.

While not the most well-known band, their influence is still apparent today. Soft Kill (who released a split with Asylum Party in 2017) cite them as a major inspiration, and traces of their sound can be heard in Black Marble, Drab Majesty, Choir Boy, and more.

The impact Oasis had in the 90’s cannot be understated, and they helped bring British rock music back into the mainstream. Their songs help define a generation of youth culture as Noel Gallagher’s perfect songwriting […]

How I taught my son to love vinyl records

Watching Almost Famous was the starting point of a renewed passion for Tony Myers, and a road to discovery for his son Recently I watched the film Almost Famous with my two teenage children, Ariella, […]

If you are looking to fill a few gaps in your singles collection, a varied selection of obscure and indie vinyl singles have been hitting the site today, with rarities from Victorian Picture Show, Zos […] 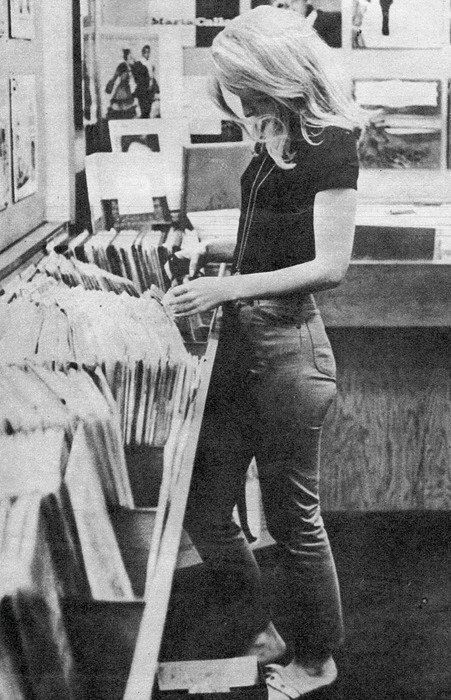