From Steph Harmon at the Guardian

One of the most defining voices of the 90s will perform two acoustic shows in Sydney and Melbourne.

It has been more than two decades since Alanis Morissette released one of the defining pop albums of the 1990s – and with an announcement on Wednesday, Australia was given good reason to revisit it: the Canadian singer will be touring Sydney and Melbourne for the first time since 1999.

An Evening with Alanis Morissette will be an intimate journey through the hits of the singer’s career, performed in an acoustic trio. The tour will comprise two all-ages shows only: at the Palais Theatre in Melbourne on 23 January and at the ICC Sydney Theatre the following night.

Is Jagged Little Pill the most feminist album of the 90s?

Read more here at the Guardian

Since then, Morissette, 43, has released six studio albums, appeared in TV shows including Sex in the City, Curb Your Enthusiasm, Nip/Tuck, and Weeds. She has also written advice columns for the Guardian titled Ask Alanis Morissette (a missed opportunity for a You Oughta Know pun) and launched a monthly spirituality and wellbeing podcast, Conversation with Alanis Morissette. She has campaigned for causes including human rights, feminism, arts access, eating disorder awareness and home childbirth.

The two Australian shows will be her first since the Junkie tour in 1999, off the back of her fourth studio album, Supposed Former Infatuation Junkie. Tickets go on sale on Monday 7 August at 9am.

Can the new £5 note really play a vinyl record?

We’ve had a great collection of rarities from Cliff Richard land in the last few days, here are our Top 3 currently in stock…   Plus watch the short video clip here of what else […]

From Musical Things One of the Most Insane Musical Gift Ideas for 2016 Costs $150,000 Leave it to Gwyneth Paltrow’s Goop to uncover this insane gift idea with its annual Christmas shopping guide. Admittedly it’s […] 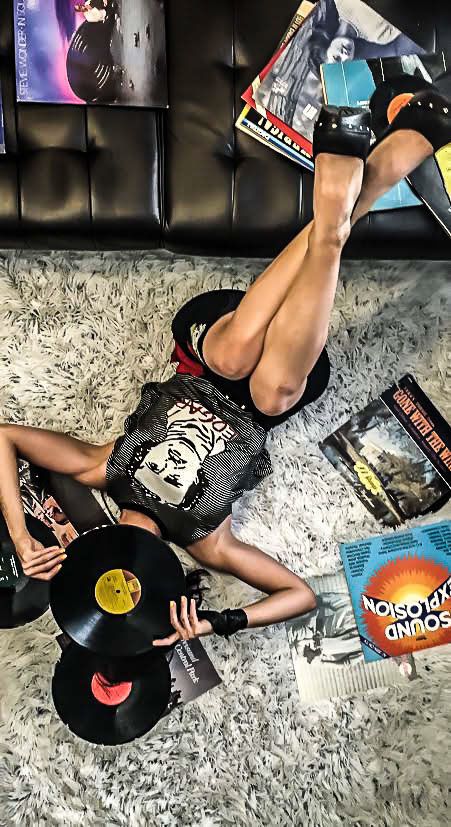