Tesco is to tap into the rapidly growing vinyl music market this week when it sells the new album by British rock group Iron Maiden.

The Book Of Souls, the band’s first studio offering in five years, will be released on Friday, with the triple LP format going on sale in 55 of the chain’s largest Tesco Extra stores.

It is believed it will be the first time Tesco has sold vinyl albums, as CDs were the dominant format when supermarkets started selling music in the 1990s. In the past few years, the vinyl album revival has been gaining momentum, with sales increasing by more than 50% in 2014.

Vinyl has bucked the downward sales trend of other music formats such as CDs, which fell by 6.5% in the past year, and downloads, which dropped by nearly 9%. Streaming increased by 78% last year.

Tesco’s music buyer, Michael Mulligan, said: “In the last year, we began selling record decks in our largest stores and initial sales are very encouraging, so giving our customers some new vinyl to play on those decks seems like the logical next step.

“And there can be no better way to launch this trial than working with one of rock music’s most iconic bands and their eagerly anticipated new album.

“We are anticipating demand for The Book Of Souls to be as high as Iron Maiden’s last album, which was the band’s most successful to date, reaching number one in 28 countries including the UK.

“If this trial is a success, then we would consider selling more vinyl albums before the end of the year.”

eil.com are pleased to announce that we will be stocking the Official UK Vinyl chart releases. Every week, take a look at the chart and click to buy at eil.com It’s another fantastic brand NEW […]

Bidding for the 1983 document signed by Michael Jackson starts at $25,000 A small piece of musical history has gone on sale today. The contract forMichael Jackson’s Thriller video is to be auctioned by Nate […] 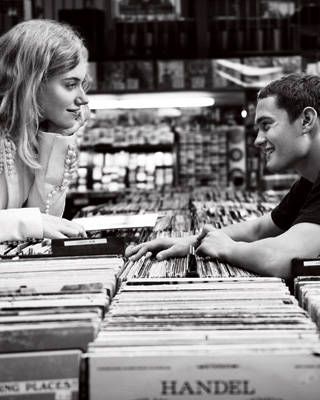