……were not released in 2014….the Digital Trends website seems to see this as a problem, have a look at the article below – we’d love to know what you think?

Sentimentality and timely reissues were at the heart of the past’s dominance over 2014’s vinyl sales numbers. Bob Marley & The Wailers’ Legend was reissued last July to commemorate the album’s 30th anniversary and was the fifth highest selling vinyl album with 37,800 in sales, outselling The Black Keys’ Turn Blueand Lana Del Rey’s Ultraviolence, both released weeks before Legend‘s reissue.

Still, vinyl has surged to increasingly become a bigger part of the conversation in the overall music industry as of late, it’s hard to draw any hard conclusions on which albums are driving the trend. Out of 2013’s 6.1 million vinyl albums sold, none of the Top 10 were released before 2007. As newer artists like Jack White have helped to encourage more and more bands to release albums on the ancient medium, two very different musical eras — the analog age and the digital one — have seemed to come together in solidarity.

The more things change, the more they spin the same.

Thanks to Keith Nelson Jr. of the Digital Trends Website for this article

Here at eil.com we’ve got a great range of both old and new vinyl, find what you need here

……now we at eil.com are not recommending you copy Professor Trevor Cox’s antics (it may cause lasting damage!) but it does make for some interesting reading that’s for sure…. In preparation for a BBC Radio […] 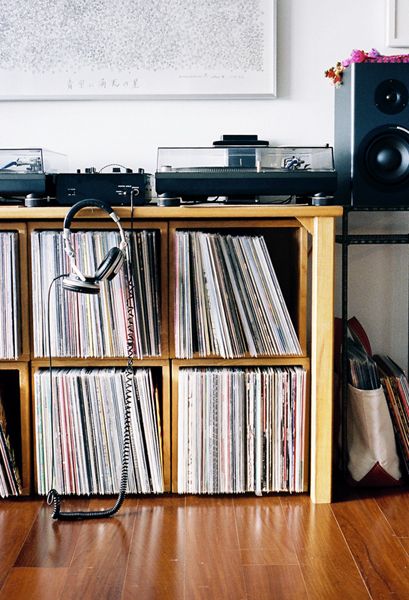