How did Lolita inspire Spandau Ballet’s True? What did God have to do with the Bunnymen’s Killing Moon? And why is Girls on Film like an orgasm? The bands tell all (by Jonathan Bernstein)

When I, a sour Scot raised on the NME and my co-author, an ebullient American weaned on MTV, set out to write a book in which the greatestpop stars of the Eighties recounted the stories behind their signature hits, a few cultural differences quickly emerged. Should we use the term New Wave? If so, did Rick Springfield qualify as New Wave? Did I have to sum up the career of Morrissey with anything more than “Not a fan”?

The answers were yes, no and no. But what we both agreed on from the inception to completion of Mad World was that the period stretching from 1979 to 1985 was the last golden age of pop. And we were happy and privileged to tell the true stories behind 36 of the era’s biggest hits. (It would have been 37 but Bananarama kept playing hard to get.) Here are six of these stories.

Kemp: “I was having a very unrequited romance with Clare Grogan. It was unrequited on both ends. It was courtly – I think that’s the expression I can correctly use – but it was romantic. She gave me a Nabokov book, Lolita, and that sort of represented her. I took two lyrics that I based on lines in Lolita. One was “seaside arms” which was an expression that Humbert Humbert used about Lolita. I thought that was rather beautiful and I was ridiculed for that for years. “What’s that line about? It’s stupid?” Well, go and argue with Nabokov. And the other one was “With a thrill in my head and a pill on my tongue,’ which I kind of paraphrased.”

Hadley: I don’t think True is Spandau’s best song – for me, Through The Barricades is. But True had some connection, and I really don’t know why. It’s not a specific lyric, is it? “Head over heels when toe to toe” – sometimes you’d be like, “Right, Gary, what’s this about, mate?” Is it “I’m head over heels in love?” “Am I in bed because our feet are touching?” I don’t know. But then. I suppose, we grew up on David Bowie and Roxy Music. Virginia Plain – what’s that about? Half of the Bowie songs, I couldn’t tell you what they’re about. With True, you have to create the imagery for yourself.

Kemp: ‘True became a song about writing a love song. Why “Why do I find it hard to write the next line? I want the truth to be said?” Because I didn’t want to write it down – because there’s nothing more embarrassing

2. Adam Ant and Marco Pirroni on Kings Of The Wild Frontier

Ant: ‘Kings Of The Wild Frontier is really a mark on all sorts of colours and societies where you feel held back. The lyrics, “I feel beneath the white there is a red skin suffering from centuries of taming” – it’s not just the colour of your skin, it’s the class you’re born into. If you’re born poor, it’s quite a hard life for you. The Apache war stripe was a declaration of war on the record industry I was up against.

Pirroni: It was the first song we wrote together. It was just two guitars. We didn’t have any recording equipment. We didn’t even have a Dictaphone. We had to remember it every time we did it. It was like we were working on this formless thing that didn’t exist: African drumming plus twangy guitar. There was a stage show called Ipi Tombi that was all African drummers and Adam was like, “We should get the guys from Ipi Tombi.” I was terrified. I didn’t know anything about African drummers or where to get them. It took f______ ages. We worked a few hours a day – you can’t do more than that or your mind starts going. When we recorded it with a band, it was the first time it sounded like an actual song.

Read the full article here at The Telegraph

Find the original vinyl and CDs for these and thousands more titles from the 80’s and beyond at eil.com

Robert Smith of The Cure to curate Meltdown Festival

Robert Smith has been announced as the curator for this year’s Meltdown festival. the 10 night extravaganza will take place at London’s Southbank Centre, with Smith joining a long line of previous curators such as […]

Your Weekly Best Of Premium Collectables including Jimi Hendrix, Led Zeppelin, The Idle Race and more

We are holding regular Buying Days at our offices in Kent on the second Friday of every month. Dates for 2015 Second Fridays: March 13th April 10th May 8th Our professional buyers will be available […] 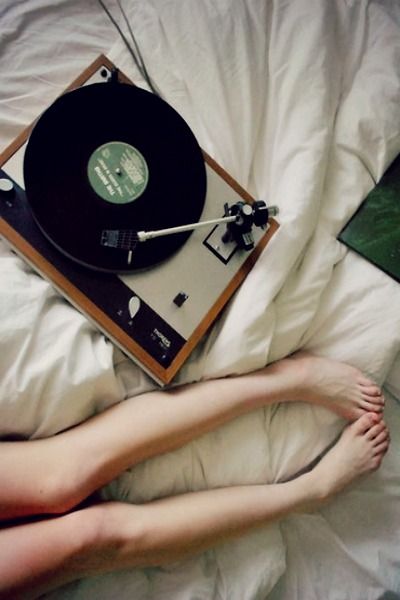