Extremely rare original 1973 US 15-track LP pressed on Translucent Purple/Blue Vinyl – visible when held to the light. This is Jarre’s first album under his own name and released on Sam Fox Records, four years before his breakthrough album Oxygène. The material was intended to be used for film & television, and has never been re-released, with only a couple of songs appearing on compilation albums. The titles include Poltergeist Party, Iraqi Hitch-Hiker, Pogo Rock, Bee Factory & more. This example comes with the rare ‘Synchro Fox Music Library’ back pasted sleeve with tracklisting on the reverse. Apart from a small split at the top, the sleeve is otherwise in a really nice condition. The vinyl remains in ‘near as new’ and looks to have never seen a turntable. A fantastic example and the first we have ever had with this rare sleeve SF1029

click for more images and to order for immediate despatch!

We have a second pressing in a plain die-cut sleeve, the vinyl remains in a ‘near as new’ condition and looks to have never seen the turntable SF1029 – click for more

Want more from Jean-Michel Jarre? Explore our  regularly changing stock here and sign up on this page to receive alerts of the latest JMJ arrivals here

Paul Feig’s new film was inspired by the Wham! classic Previously unreleased music by George Michael will feature in a forthcoming new rom-com, Last Christmas. The movie, which is currently set for release on November 15, 2019, will […]

Watch Classic Footage of The White Stripes in 2003

Coachella have shared some rare footage of The White Stripes performing Dead Leaves On The Dirty Ground in 2003. Their performance at the 2003 festival has been the stuff of legend among fans, and this […] 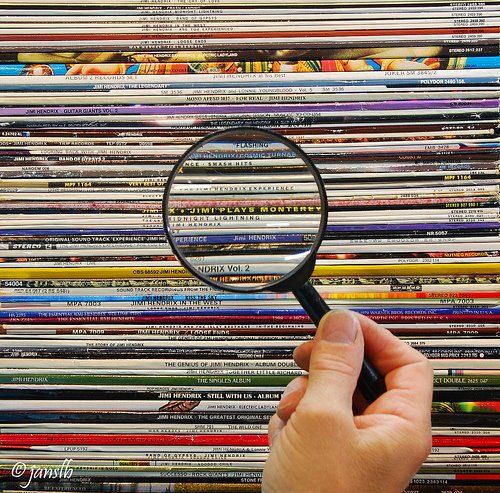