This week our resident vinyl guru ‘Mr A’, although still somewhat exhausted from his ‘Islands Funk’ shenanigans last week, has managed to pull another rabbit out of the hat with this prime slice of late ’60s Baroque psych-tinged pop….

BILLY NICHOLLS Would You Believe

Billy Nicholls was originally hired by Andrew Loog Oldham as staff writer for his Immediate Records label, and with direction from Oldham himself was charged with creating a British version of the Beach Boys ‘Pet Sounds’. Nicholls rose to the challenge, creating the stunning set of songs that would become the legendary ‘Would You Believe’ album, and, being the well-connected chap he was, was able to call on the some of the Sixties major players; Ronnie Lane, Steve Marriott and Ian Mclagan of the Small Faces all feature, as does Stones keyboard man Nicky Hopkins, throw in top session bassist Caleb Quaye and arrangements from future Led Zeppelin man John Paul Jones, and….well you get the idea! So, with great songs, great players, incredible arrangements and riding the cultural zeitgeist like no other (one of the albums songs is called London Social Degree, geddit?) what could possibly go wrong? A record label experiencing financial difficulties that’s what, resulting in only a paltry 100 copies escaping, suffice to say the LP is rarer than the proverbial hen’s teeth, and let’s just say the single taken from it doesn’t see the light of day much either.

What we have is the impossible to find 1968 Norwegian 7″ mono single pressing, which sports a different label design to the UK version, and comes complete with a ‘Would You Belive’ label misspelling – we like that kind of thing.

Produced & arranged by Ronnie Lane & Steve Marriott of The Small Faces, the b-side features Daytime Girl & both songs are drawn from the obscenely rare four-figure sum album of the same name, housed in a stunning & unique picture sleeve. The sleeve is in Excellent condition with only the mildest signs of ringwear & the vinyl is clean with very few signs of play & practically near mint. Impossible to repeat! Full info here

This is a Bostin’ rare 1982 UK 10″ single-sided methyl cellulose metal based lacquer reference test pressing for the 7″ single release of Okey Cokey by Slade. It has hand-annotated Portland Recording Studios label [great […]

Analog aficionado Jack White has a new project designed to get your kids interested in vinyl early on. A joint effort between White’s label, Third Man Records, and Light in the Attic records will release a new kids’ compilation […] 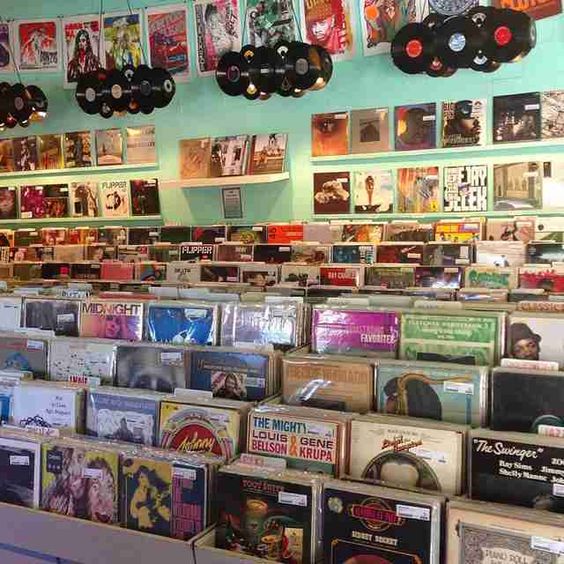